All of my personal researches are driven by my attention on the relationships between places, memory and identity.
I like to study the cities, complex theaters of our lives, discovering the memory of places, hidden into layers created by history, and understanding how is this contributing to shape people’s identity.

160 years after Hiroshige’s One Hundred Famous Views of Edo.

Narrating the city through its spaces and seasons for a sublime description of 1860s Edo’s physical and cultural state of art, Hiroshige’s work soon discovered a great success in terms of public and became an inspiration source for local and European artists.
“One Hundred Famous Views of Edo”’s structure still represents a powerful tool to build a rich visual atlas of the contemporary city. Tokyo Hyaku is a project that aims to rehearse, 160 years later, Hiroshige’s work using photography as a modern form of representation and contemporary cultural signs and city’s landmarks to define a new state of the art of the city.
(project started in October 2015)

Above all, I wanted to precisely reproduce the famous regions of Edo … and paint the landscapes that the observer can see with his own eyes.

A research on second most important cities all around the world.

This is an exploration of the most important cities, not designed as contemporary capitals all around worldwide countries. Photographs, taken from privileged points of view that are portraying cities’ multi layered complexity. Urban areas are documented and recorded starting from their central areas. In this work the narrator disappears in order to produce images that witness an objective reality. The colour is a fundamental part of the research, although shooting choices are not guided by chromatic connections but rather by the inclusion of traces anthropic reality that inhabits the places.

This series of photographs is part of a work developed over the years in many different cities. The images are the result of a survey conducted on the territory through a look on the paths of the inhabitants of different places. The technique used, pinhole photography, returns an image that is not mediated by optical tame perception, rather than succumbing to the logic of the free gaze. The imperfections themselves and spontaneity of the photographs help to entertain this subtle relationship between the transience of the situations represented and that of the spectator. Leaving only the exposed film acts as an agent of the experienced reality.

Each path tells a story
The courtyard paths in a residential neighborood of Copenhagen, paths along the seine in Paris, traces in the snow designing paths in Berlin, the tragically famous tramway path in Sarajevo, street paths in Tokyo. 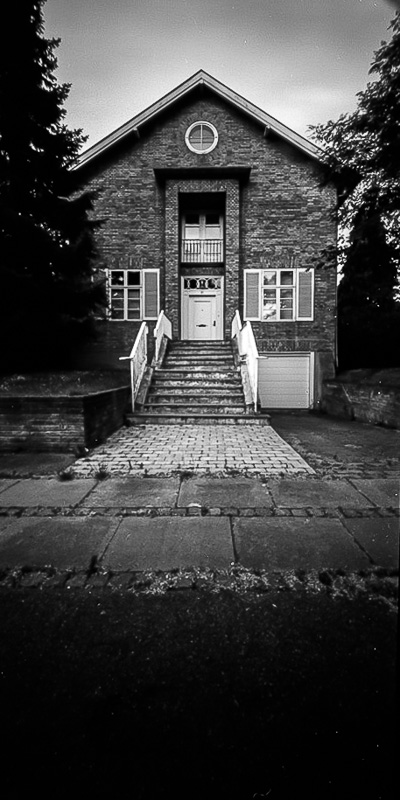 The author and his environment

This works were born from the desire to demonstrate a secret truth of artistic experience, that is the truth of lived images which are feeding the literary work. It is a quest into the mysterious heart which unfolds writing experiences Author’s diaries were as an invitation to travel, like an atlas of places to go to relive some pages, some visions, certain sensations, then lie on images. The result of these journeys down the time and space of the registered letter to the light, are photographs that wants to keep all the poetic force of the literature works.

Journeys
The paths explored are the ones that the authors lived during their first and richest years of literary production, which are giving meaning and direction to all their route.


Keep in touch by subscribing to the monthly newsletter.

Loved any of the projects?

Let’s talk about it!